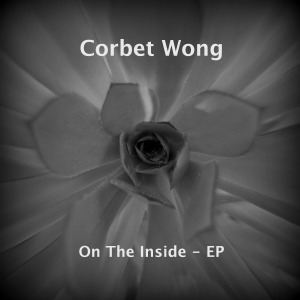 December, 2014.  I had a conversation with an old friend of mine, Joel.  Like many times before, we discussed our desire to create more music and the challenges that came along with it.  As usual, after sifting through all the reasons why we are not making music, we came to the same conclusion; we’re lazy.  In the past, we had been successful in pushing ourselves to stay creative by participating in an online song club, where each week we had to write and record a new song.  It was an enjoyable experience but increasingly difficult to maintain without sacrificing too much personal time every week.  Fun while it lasted, we were looking for a different experience this time around.  Based on the knowledge that I would soon be leaving Tunis, baby on the way, and relocate to Bangkok, there was an understanding that time was of the essence.  If any type of project was to be done, it had to be completed before I leave Tunis.  Joel and I decided to give ourselves the challenge of each writing a five-song EP. 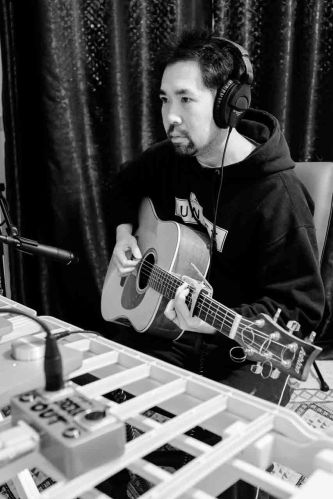 Over the past few months, I have been working hard on writing and recording this set of original songs.  I met many obstacles along the way, mostly during the production process, as I have limited experience dealing with the technical side of recording music.  I reassured myself that my level of production skills should not prevent me from creating music!  If I want people to see who I really am, then this project would serve as a true representation of where I am at this point in time.  Maybe my production skills will improve in the future.  Maybe they won’t.  But should that be the focus of my self-expression?  I like to think there are many other components to my music that can speak to others, apart from the production value alone.

Recording at our home in La Marsa made for an interesting experience, as well.  Homes here have a high amount of natural reverb due to the marble floors and concrete/brick walls.  Sound waves bounce all over the place without much to absorb or diffuse them.  It can feel like you’re living in a large cave where even a silent fart will become thunderous at the other end of the room.  Then there are the community guards.  Lovely chaps, these men enjoy the exchange of verbal greetings at a volume that would deafen a young baby, 10 miles away.  “GOOD MORNING, YOU GOOD?!”  “I’M GOOD, YOU GOOD?!”   I would look out the window and see them close enough to shake hands.  Their greetings and conversations would sometimes bleed into my recordings, sounding like I had some men tied and gagged in the corner.

Next came the neighborhood dogs.  Oh, do they love to share their voices with the world.  For my own entertainment, I have decided that they are working on their arithmetic.  The dog across the street has been telling us that he can count.  At least that’s what his barks translate to in my head, “I…I CAN COUNT…ONE…ONE, TWO…ONE, TWO, THREE…I CAN…COUNT…I CAN!”  All right, big guy, I get it.  You can count.  Enough already.  His counterparts were not helpful either.  No shortage of stray cats here; they are everywhere.  And someone’s always in heat.  On one paw, good for them getting plenty of action.  On the other paw, could they just keep it down a little?!  It’s incredibly difficult to deliver an honest vocal performance when repeated “ARW, ARRW, ARRRW, ARRRRW’s” would inject themselves into my recording.

Bougainvillea.  These plants love the Mediterranean climate.  They are some of the strongest species I have ever seen in my life.  You could cut them down and in two weeks they would already be growing new arms, more than a foot long.  And no, the bougainvillea did not hinder my recording process.  But you know who else did?  The approximately 12,347 sparrows that hang out in the bougainvillea which grows along our house.  These high-pitched chirpers were some of the more difficult ones to cover up because there are so many of them, and once they get started they are relentless.  Needless to say, I was able to work with all of the distractions and imperfections of recording at home here in Tunisia.

There were internal battles to conquer as well.  I often speak of fear.  Fear of judgement.  This can be crippling for people who are not able to muster up the self-confidence to face the world (which can be brutal, for sure).  With no one to blame other than myself, I admit that this fear has had its way with me over the years.  It’s almost as though I was afraid to express myself if I didn’t think it was good enough.  As a harsh self-critic, this did not leave much for the world to see.  Somehow I feel like I am finally reaching a point where I am ready to open up, for better or worse.  People can think what they want (and I know they will), but I really shouldn’t let that prevent me from expressing myself or doing things that I enjoy.  For every person that is not interested in who I am or what I do, there will be others out there who will embrace me.

Where did this shift in self-confidence come from?  I believe a large part of it comes from my marriage.  I have a loving and supportive wife, with whom I have learned a great deal about myself.  We have a relationship where I am allowed to be me, and there is plenty of room for growth and development.  Angie’s love provides me with a solid base where I know I will be taken care of no matter what happens.  I can feel safe in being myself and sharing who I am with the world.  I understand that I should probably feel just as confident without my wife, but there’s nothing like having the love of a life-partner in your corner.  It helps tremendously when battling self-doubt.

Getting back to the EP, this rise in self-confidence gave me the strength to pursue a music project on a personal level unlike anything I have done before.  ‘On The Inside’ would serve as a collection of music that gives each listener access to my thoughts and experiences with life and love.  While arranging the order of the songs, I asked myself what it was about this order that felt right to me.  After a few minutes of thinking through it, I realized that each song was cutting deeper and deeper into my heart.  The first couple of songs touch on self-discovery and hope.  Songs three and four are based on finding and falling in love, while the final song is about losing love.

After reviewing the final versions of these songs, I am proud of the work that went into making them a reality.  Big ‘Thank you’s’ to Joel for encouraging me to get this done, and Angie for supporting my crazy work habits (up to 19hrs a day!).  I experienced a lot of growing pains during this project and am looking forward to future works with the hope that they will be somewhat easier to produce.  I do have my doubts, though, as we are about to find out what happens when we live without our music gear for over four months, have our first-born baby, and move to a new country!

Listen to the EP on our music page or view our lyrics page.

One thought on “On The Inside”