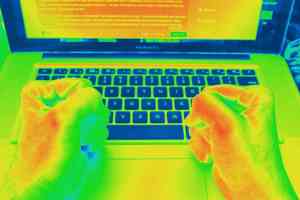 Computers.  I have fallen out of touch with the fundamentals of how they operate.  Many of us use computers on a daily basis, yet have no clue on what to do when something goes wrong.  For the most part, we are quite lucky that computers have been built so well that they can survive for years with little maintenance.  We can develop a false sense of control and security when our computers go for long periods of time without issue.  Sure, I press a key and the computer displays the appropriate letter of the alphabet; I drag my finger across the trackpad and watch the pointer move to where I would like it to be; I click or double-click icons to open applications; I send and receive e-mails; I read articles, listen to music, and watch videos; I view and edit digital photos; I record and arrange music.  I control all of that, until it comes to a halt the moment my computer no longer executes my commands.

It can feel like being a boss in a foreign country, where you do not have the local language, and your employees have suddenly stopped performing their duties without explanation.  You are simply left feeling stuck without a way of understanding the problem, nor do you have the means to communicate and solve the issue.  You just know that if they were to do what they were supposed to do, you would not be in this particular predicament.  You stress over losing time that could be better spent being productive.  At some point you give up on trying to understand why it is happening and focus more on finding a work-around.  It may even present itself as a battle of willpower.  “Oh yeah, that’s how you want to play it? I am going to make you do what I want.  You just wait and see!”

Sure, we might learn to ‘force quit’ or ‘reboot/restart’ our computers to get out of a jam.  And yes, that probably works for most of the situations we may encounter at home.  But what happens when those commands do not solve your problem?  What happens when no matter what you do, you are left staring at a non-responsive screen?  First off, you use another device (i.e. smartphone) to search the internet in hopes of finding a fix to your problem.  Second, you do a separate search on the array of new acronyms that you need to decipher in order to make sense of the proposed solutions.  Third, you try your luck with the numerous quick fixes of holding down different key combinations while booting up or loading software (e.g. “…during reboot, perform a sun salutation pose while holding down the command and option keys with your right pinky-toe.  At the lowest point of descent, double-click trackpad with the upper right part of forehead, thus releasing positive energy from your cerebral cpu chakra and balancing the negativity present in your machine.”).  Finally, you have a meltdown.  Last weekend, I spent the majority of my waking hours in what seemed to be an experiment in just how many times I could reboot my computer.  I did not actually keep count, though I must have rebooted enough times to cover the feet of an entire army.

To be honest, I did not necessarily have a meltdown, but I was definitely sad, grumpy, and frustrated.  It sure sucks when life presents you with a scenario where you do not have the proper skills to be successful.  I was trying to wrap my head around the situation and focus on problem-solving, but I was forced to face the truth of my shortcomings.  The computer scene from ‘Zoolander’ flashed through my mind.  It made me smirk as I reflected on the situation-at-hand.  How does this smart machine make me feel so dumb?  Perhaps the machine is just not as smart as I need it to be for my low-level knowledge of all things tech.  Maybe in the future I can just talk to the computer and say things like, “Computer, run diagnostics and repair.”  Beyond that it could possibly be more conversational like, “Aww, come on now!  What are you doing?  What’s going on?  <click, click, click, drag, drag, double-click, swipe, quadruple-click!> I do not have time for this right now.  Fix yourself already!”

We were at a birthday party last Saturday, and I was able to share my situation with some friends there.  I got some great advice from our friend Jeff, who turns out has the same computer as me.  He had experience with customizing his own machine and knowledge on some of the issues I was experiencing.  I came home and tried the suggestions he gave me.  Unfortunately, his recommendations did not alleviate my primary symptoms.  However, he did lead me to a fantastic product called CleanMyMac, which helped to rid my computer of unnecessary files that were slowing it down.  After re-installing my operating system and having CleanMyMac clear the clutter, my computer and I have appeared to reach a compromise.  I was willing to lose a bunch of data if it was willing to let me continue working on personal projects before we leave Tunis.  So far, so good.  We shall see if the truce lasts.  I do not want to fight anymore.

One thought on “The Mac Meltdown”